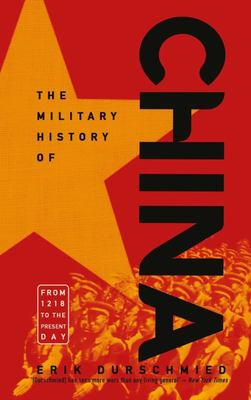 The Military History of China

A dramatic survey of a millennium of monumental collisions between China and the West.

Long the world's most populous country, China has always flexed its muscles beyond its borders. Today, China stands on the threshold of global economic domination, a true rival to the United States: in a generation or so it will be twice as wealthy as the US, Britain, France, Germany, and Italy combined. Bestselling author Erik Durschmied traces China's passage through a thousand years of war, colonial adventurism, and internecine politics, and seeks to understand what this huge and unstoppable country is today--as well as what the future holds for a fragile world in which China reigns as the latest economic and military superpower.